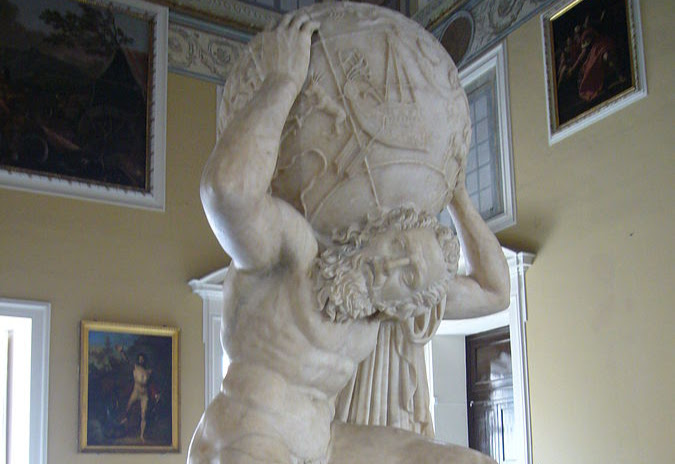 Finding Freedom: Atlas, You Can Take the World Off Your Shoulders

What does that word mean to you? Are you free? Or are you settling for, “this is not the life that I imagined, but I am stuck”? 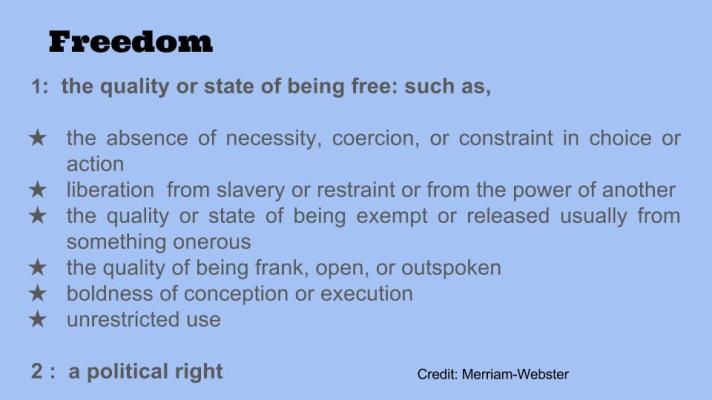 No Freedom, Only Should’s and Have to’s

Not so long ago I was anything but free. I looked the part. But, that was an illusion.

I wasn’t locked up in a physical jail cell. No, no, no. I had built my own emotional prison, where the daily meal served was home-cooked fear. The prison bars were composed of belief systems (that were really never mine to begin with) tied to emotional wounds that I carried around like a sherpa.

I was serving a life sentence that made itself apparent through have to’s and should’s. I was shoulding myself all day long. It sounded something like this:

My life should look a certain way from the outside or I am a failure.

I should keep my real feelings to myself, because it’s my job to keep the peace.

I have to pretend I am happy, when I am miserable.

I thought of it as my responsibility to keep the lid on my feelings, manage everyone’s emotions, and maintain the appearance of “all is well”.

But that’s not responsibility, that’s a cover-up for belief systems that are holding you back from living as the real you.

I wasn’t showing up for myself. I was incumbent to how things looked, while ignoring the only parts of life that really matter.

When you stripped away all of the window dressing, I was completely and utterly lost. My inner compass was buried under accumulated belief systems and all of the stuff that I acquired along the way.

The Wheels Began to Come Off

So, I’m living my life as if I am Atlas, condemned to hold up the world for eternity. And, I’m paralyzed by the fear of what would happen if I put down the globe. In truth, I didn’t know that I had a choice.

I didn’t know that what kept me incarcerated was past experience. Experience that was actually meant for me to learn and grow, not to hold onto and serve as my prison guard.

I didn’t have the wisdom of knowing that a belief is something that you choose, rather than an ultimate truth decided by someone else.

But my life situation was about to change. 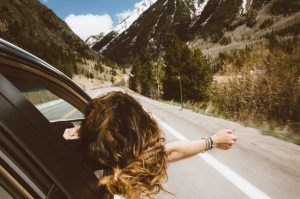 Picture this, I am driving my car – but not really taking charge of the journey- while shouldering the job of the axles and the shock absorbers. And, I could manage this for awhile.

But eventually I hit uncharted terrain which was too difficult to manage by myself. The impact of the potholes of life became too much. And, before I knew what was happening, the tires began to fall off and the car was headed for a brick wall.

“I was set free, because my greatest fear had already been realized, and I was still alive, and I still had a daughter whom I adored, and I had an old typewriter and a big idea. And so rock bottom became the solid foundation on which I rebuilt my life.” JK Rowling

The absolutely glorious aspect of hitting rock bottom is that you have nowhere else to go but up. You are free from the constraints. Free from the should’s and the have to’s. Your greatest fears have been realized and you survived the fall. In many ways, it’s like being a kid again. Life truly becomes an adventure of anything is possible.

You finally have the solid ground to begin again and rebuild on your terms. And that’s just what I did.

Why am I telling you this story? What’s the value in sharing my experience?

The gift that was bestowed upon me and is available to all who have the courage is freedom.

If you find yourself in a similar place – maybe certain parts of your life feel like mine did – possibly you have old, out-dated belief systems wrapped up in fear, that are denying you the freedom which you innately deserve – you can rebuild as well.

You can cease from being Atlas, take the world off your shoulders, and begin again.

This is the first post of a series I am writing called Finding Freedom. I would love to hear your feedback and stories. Thanks for allowing me to share my journey with you!

Jennifer is a Personal Transformation Guide, Usui Reiki Master, and Founder of Angels Evolution. She is passionate about supporting humanity in the current evolution in consciousness we are experiencing. She writes about, teaches and practices tools of empowerment and sovereignty so that we all can become the conscious creators of our experience that we are designed to be. View all posts by jenheflin2016

One thought on “Finding Freedom: Atlas, You Can Take the World Off Your Shoulders”